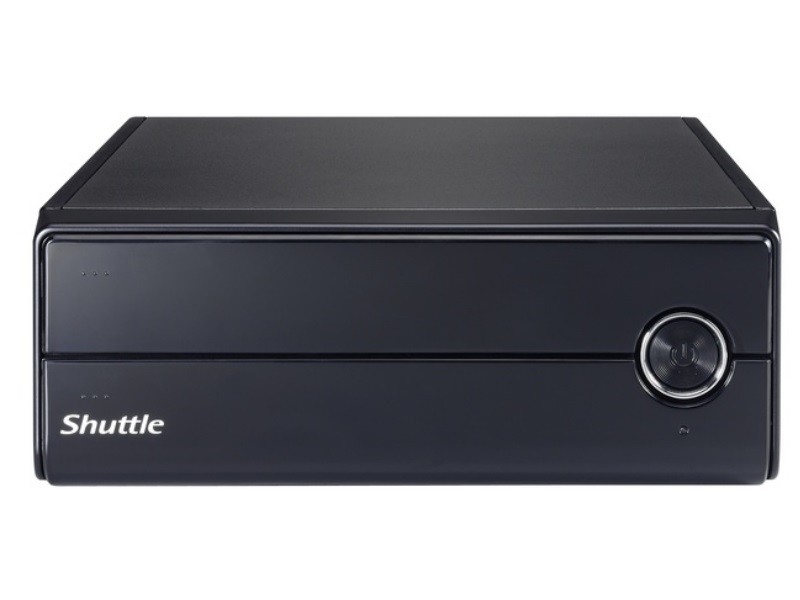 The Shuttle XH110V  supports installation of an optional 3.5” HDD rack for increased storage through purchase of PHD4 accessory.
*Note: Installation of ODD is not compatible with 3.5” HDD configuration.

The Shuttle XH110V provides 1x DisplayPort and 1x  HDMI video outputs to support dual independent displays. Use an adaptor to convert HDMI into DVI interface and DisplayPort into HDMI or DVI interface for diversified signal selection.

The Shuttle XH110V features  Intel® Dual Gigabit LAN, supports Wake On LAN and Teaming Mode function to provide high-speed data transfer capacity. Connect to a single network using two cables at once with an appropriate switch (teaming mode with load balancing or failover function) or to two different networks depending on the needs of the user.

Designed to blend seamlessly into commercial environments, the Shuttle XH110Vs is able to be mounted on the rear of LCD monitors with an optional PV02 accessory.

Equipped with an Intel®100 series Chipset 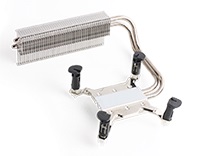 The Shuttle XH110V feature Shuttle’s exclusive heat pipe cooling module with smart fan design. The precise vent design allows for constant air circulation between the inside and outside of the machine, resulting in high stability and low noise for long-term operation.

The Shuttle XH110V is a pproved for 24/7 operation, the series uses smart fan and heat-pipe technology to keep things cool for extended periods of operation.

Enter BIOS to set up the Power on by RTC function that allows you to set a time to boot up the computer and to turn off with the Windows task scheduler. This feature means saving electricity and energy as well as eliminating the cost of on-site service.