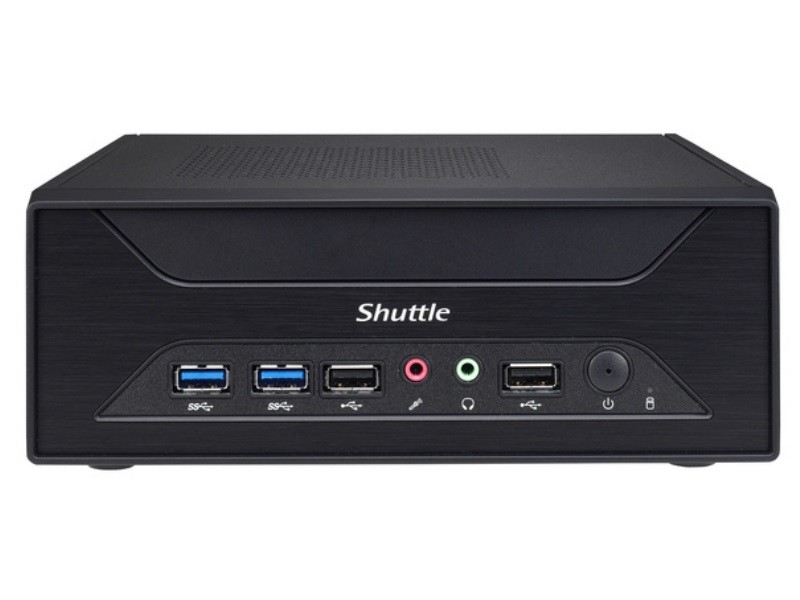 Depending on the video card chosen the shuttle XH110G can support up to 6 displays, making it an ideal solution for digital signage. 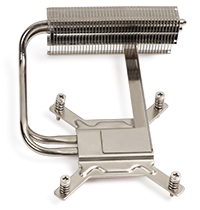 The XH110G features Shuttle’s exclusive heat pipe cooling module with smart fan design. The precise vent design allows for constant air circulation between the inside and outside of the machine, resulting in high stability and low noise for long-term operation.

The XH110G has built-in Intel® i211 Gigabit LAN and supports Wake On LAN to provide high-speed data transfer capability as well as a better compatibility for business network environment.

The XH110G is officially approved for 24/7 permanent operation. Thanks to Shuttle’s low-power consumption design and provide a stable operating environment, this PC runs highly reliable for long-term demands of digital signage or other vertical applications.

Equipped with an Intel®100 series Chipset

The XH110G onboard video supports 4K high resolution (3840×2160) via HDMI video output on the onboard video. Now with four times the resolution of Full HD, viewers can enjoy the super detailed and crystal clear imaging of 4K. Graphics specification varies according to the graphics card selected.

Internal USB ports ensure theft protection as USB connected devices are guarded within the chassis. In addition to the USB ports at the front and back panel, the XH110G provides one Type A USB 2.0 port inside the chassis so users can install a USB TV tuner, USB 3G Module, or other USB expanders.

The XH110G uses industrial capacitors in order to meet the environmental operation demands of commercial applications.

The XH110G is VESA mount compliant and allows for versatile integration into hardware systems. This space saving capability is well-suited for digital signage applications with limited space.

By entering BIOS to set up the Power on by RTC, XH110G allows user to set a time to boot up the system, which can also be turned on and off with the Windows task scheduler. This feature will benefit on the electricity and energy saving as well as the elimination the cost of on-site service

The shuttle XH110G features the Intel H110 chipset & supports Intel’s 7th generation core processors. It is the the smallest shuttle PC that allows installation of a dedicated graphics card (single slot design), Using a multi display graphics card, this PC can be used for multi display usage including digital signage. Is the perfect commercial PC with a robust metal chassis, huge connectivity, reliability, and salable specification depending on your needs.