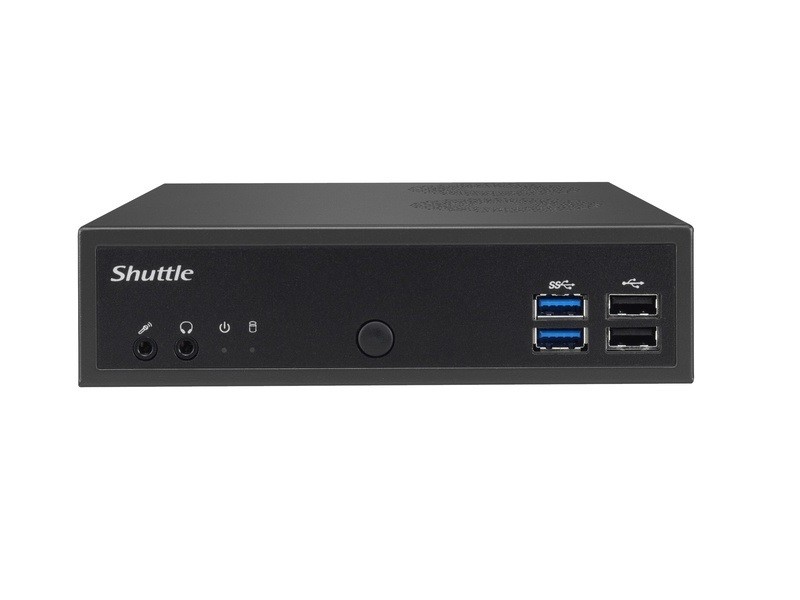 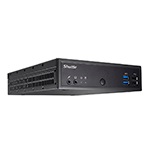 More Robust than Ever: 1 liter PC with NVIDIA graphics and 4 x HDMI

Compact in size but big on performance, more robust than ever. The DH02U is Shuttle’s first 4 HDMI output PC that drives up to 4K UHD resolution for every display channel. Equipped with 7th Gen Intel® Core™ processors and NVIDIA GeForce® GTX 1050 graphics, the DH02U series delivers a breakthrough performance for rendering content in 4K/3D. Featuring integrated 4 x HDMI 2.0 that support four 4K UHD displays, it also provides a variety of I/O connectivity includes multiple USB ports, 2 x M.2 slots, as well as RS232 and Gigabit LAN for various options. With its robust performance in only 1.3 liter compact size, the DH02U series is the perfect solution for Menu Boards, Video Walls, Surveillance and other high-end digital signage applications.

The Shuttle DH02U has built-in Intel® i211 Gigabit LAN and supports Wake On LAN to provide high-speed data transfer capability as well as a better compatibility for network environment. 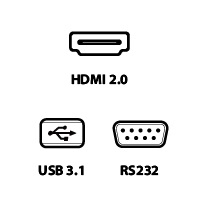 The Shuttle DH02U  includes Shuttle’s exclusive heat-pipe cooling system with smart fan design. The clever ventilation design allows for constant air circulation between the inside and outside of the machine resulting in high stability and low noise for long-term operation.

The DH02U series is VESA mount compliant and allows for versatile integration into hardware systems. This space-saving capability is well-suited for digital signage and kiosk applications with limited space.

The Shuttle DH02U is a compact PC that integrates an energy-efficient Intel ULV processor and a dedicated NVIDIA GeForce GTX 1050 MXM graphics card which supports no less than four Ultra HD displays at 60 Hz frame rate via HDMI 2.0b